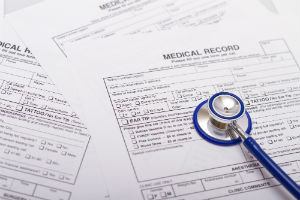 Based on developing science, we are learning that mental disease is more common than we previously understood. According to the National Alliance on Mental Illness, approximately 1 in 5 adults or 43.8 million adults experience mental illness in a given year. However, less than half of adults suffering this condition seek treatment. See Mental Health By The Numbers (available at https://www.nami.org/Learn-More/Mental-Health-By-the-Numbers). This is likely due, in part, to the stigma associated with seeking such treatment. People suffering from these serious problems should be able to seek treatment without worrying about whether their treatment records will be made public.

In mass tort and personal injury litigation, defendants commonly request access to the plaintiff’s medical records. While some of these record requests are appropriately narrow and targeted at only relevant information, defendants often overreach and issue broad discovery requests seeking information that has nothing to do with the actual case. Worse, sometimes defendants request the plaintiff’s mental health records. Unless one of the very limited and stringent exceptions exists, mental health records are off-limits and protected by the psychotherapist-patient privilege.

In Jaffee, the Supreme Court explained the important purpose for this privilege:

Effective psychotherapy, by contrast, depends upon an atmosphere of confidence and trust in which the patient is willing to make a frank and complete disclosure of facts, emotions, memories and fears. Because of the sensitive nature of the problems for which individuals consult psychotherapists, disclosure of confidential communications made during counseling sessions may cause embarrassment or disgrace. For this reason, the mere possibility of disclosure may impede development of the confidential relationship necessary for successful treatment.

Id. at 10. The Jaffee court concluded that protecting confidential communications between a psychotherapist and patient serves an important public interest. Id. at 11 (analogizing the psychotherapist-patient privilege to other well-established privileges such as the attorney-client privilege and the spousal privilege). The court emphasized, “The mental health of our citizenry, no less than its physical health, is a public good of transcendent importance.” Id. (emphasis added).

The psychotherapist-patient privilege has very narrow and limited exceptions. See Jaffee, 518 U.S. at 18 n. 19 (permitting disclosure, “for example, if a serious threat of harm to the patient or to others can be averted only by means of disclosure by the therapist.”). Outside of a duty to warn scenario, courts have permitted discovery into mental health records when a party has clearly waived the psychotherapist-patient privilege. See Hoffman v. Brookfield Republic, Inc., 87 P.3d 858, 863 (Colo. 2004). A party may waive the privilege by “sufficiently injecting his or her mental condition into the case through a claim for damages or an affirmative defense.” Id.

The Supreme Court of Colorado has repeatedly concluded that a “plaintiff does not impliedly make a complete waiver of the psychotherapist-client privilege simply by making generic claims of mental suffering.” Weil v. Dillon Companies, Inc., 109 P.3d 127, 130 (Colo. 2005). The Weil court characterized “bare allegations of mental anguish, emotional distress, pain and suffering, and loss of enjoyment of life” as “garden variety” mental suffering claims which do not impliedly waive the privilege. Id. at 130-31. The Weil court explained that the privilege was not waived because the plaintiff did not seek compensation for psychiatric expenses and did not seek to introduce expert testimony regarding mental suffering or loss of enjoyment of life. Id.

Unless one of the narrow exceptions is satisfied, the privilege should protect these highly personal records from discovery. See id.; see also Charles T. McCormick, McCormick On Evidence § 105, at 391 (John W. Strong et al. eds., 4th ed. 1992) (“[T]he privacy of the physician-patient relationship should not be subject to casual breach by every litigant in single-minded pursuit of the last scrap of evidence which may marginally contribute to victory in litigation.”).

An individual’s right to privacy and to maintain the confidentiality of his or her mental health records is extremely important. Under certain circumstances, courts may perform an in-camera review of the records or issue protective orders to safeguard the patient’s privacy. If you have questions about whether your case might implicate disclosure of these records, please contact us to discuss.